I wanted to share with you my idea of the modern executive office design, which would be the executive’s office located in former big industrial zones, or so-called lofts.

However, if the executive is inclined towards exotic, flashy and distasteful things, he has to be forewarned about possible consequences of his personal input into the decorating of the executive office interior. It is not his own home, after all, and company cannot afford to lose its prestige while following its boss’ caprices.

All-in-all the interior design of the executive office ideally has to combine the status and the comfortability for the visitors.

The recent global financial recession has left its mark on modern executive office interior design, in many cases shifting it away from traditional, over-the-top opulence towards a subtler, more understated style. The heavier styling which included rugs, high-quality furniture of mahogany, heavy window curtains and decorations – painting and sculpture, cuckoo clocks, etc. is quickly becoming obsolete.

Executive’s office design in the loft

It has become common to place offices in the open spaces of the former industrial buildings. In such large open lofts with brick-concrete walls all co-workers, including the executive are in the same space and at the best their working space is separated with light partitions. In this case the executive’s office can be isolated into a separate room, but with glass walls with blinds.

You can put in designer furniture made of plastic combined with metal and glass. It is important that the office would be spacious enough for all the areas of work-to-do: a large desk and an armchair for the executive and nearby can be placed a big table for staff meetings. It may be adjacent to the head’s table, or can be put at a distance and become a separate area. And, of course, in the office should be a relaxation area with sofas, where the boss can relax and take a break from work. Mobile partitions can be used for this purpose. However, many executives prefer to allocate a separate room – a relaxation room. This is a private room designed exclusively in accordance with the tastes of the boss. 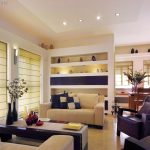 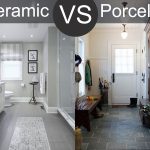 How to choose tile. Porcelain Tile Vs Ceramic 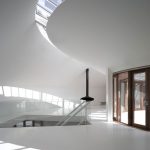 Scroll to top
We use cookies on our website to give you the most relevant experience by remembering your preferences and repeat visits. By clicking “Accept”, you consent to the use of ALL the cookies.
Do not sell my personal information.
Cookie SettingsAccept
Manage consent

This website uses cookies to improve your experience while you navigate through the website. Out of these, the cookies that are categorized as necessary are stored on your browser as they are essential for the working of basic functionalities of the website. We also use third-party cookies that help us analyze and understand how you use this website. These cookies will be stored in your browser only with your consent. You also have the option to opt-out of these cookies. But opting out of some of these cookies may affect your browsing experience.
Necessary Always Enabled
Necessary cookies are absolutely essential for the website to function properly. These cookies ensure basic functionalities and security features of the website, anonymously.
Functional
Functional cookies help to perform certain functionalities like sharing the content of the website on social media platforms, collect feedbacks, and other third-party features.
Performance
Performance cookies are used to understand and analyze the key performance indexes of the website which helps in delivering a better user experience for the visitors.
Analytics
Analytical cookies are used to understand how visitors interact with the website. These cookies help provide information on metrics the number of visitors, bounce rate, traffic source, etc.
Advertisement
Advertisement cookies are used to provide visitors with relevant ads and marketing campaigns. These cookies track visitors across websites and collect information to provide customized ads.
Others
Other uncategorized cookies are those that are being analyzed and have not been classified into a category as yet.
SAVE & ACCEPT